Everytime you buy a good, do you know that you are contributing to the economy? The purchases that people made are basically just a part of a bigger piece of the economic puzzle. The economy works in a circular motion known as the motion known as the circular flow diagram in economics. In this post, we have collected a handy of the diagrams for you to print. The first diagram can be seen in the following image.

In economics, a circular flow model is a diagram that is used to represent the monetary transactions in an economy. There are two flows present within the model including flows of physical things and flows of money. The circular flow diagram is a basic model to show how an economy functions. Primarily, it looks at the way money, goods, and services move throughout the economy. In the diagram, there are two main characters, known as firms and households, where households represent consumers and firms represent producers. You can see the details of the circular in the following diagrams. 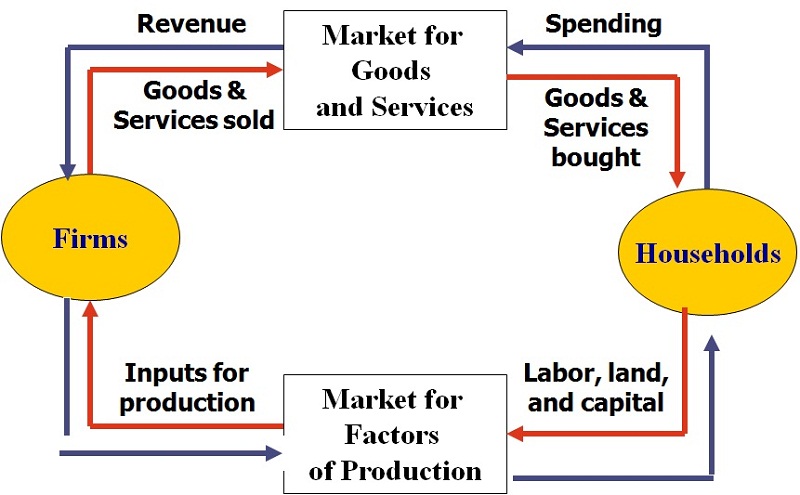 Hopefully these diagrams will help you much in understanding the circle of economy. All the diagrams above are free to be saved and printed. Just click on the image to save them.